Join host Brian Musikoff for an hour of music (mostly Rock of the independent persuasion) finely selected in accordance with the weekly BIG IDEAR . Click an episode, media player is at page bottom for ya!

The storied Sopwith Camel was powered by a 9 cylinder , Clerget 9 rotary engine that made about 110 horsepower . This engine featured a static crankshaft which the propeller and engine as a whole spun around on. It had no carburetors so the pilot modulated power with a "blip switch" that cut power to the spark plugs or a fuel flow valve which each had drawbacks. Curtailing the fuel flow caused problems with the fuel/air ratio that required a skilled hand to keep balanced. The blip switch was a much easier option but prolonged use caused the spark plugs to become oil fouled . This is why the Camel and its contemporaries sound as if they are suffering from intermittent engine problem when they are landing (if you cant get to a vintage air show you can experience the sputtering in the beginning of Van Halen's video for Panama - ha ,ah , ha , ah ,ooh ho ooh ). To the best of my knowledge the strange rotary configuration was employed for its light weight and extreme simplicity rather than a lack of technical wherewithal. Another interesting quirk of the type is that it was lubricated by castor oil that was mixed with the fuel . The unburned castor oil mist would sometimes make it's way into a pilots digestive tract and make finding a bathroom close to the runway imperative upon landing. I had always thought this was something of an exaggeration but the topic comes up in a few books penned by WWI aces. 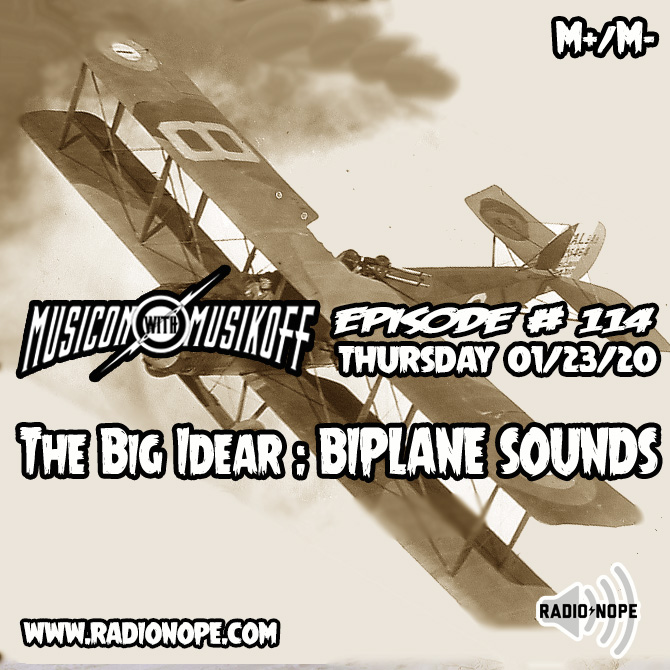 back to Radio Nope: